The Archie comic is known for having its own take on several of the game elements and characters - for instance, Knuckles is not the last echidna, his people live in Echidnapolis, and are at constant odds with the Archie-invented dingo faction and the Dark Legion. The Dark Legion is a group of cybernetically enhanced echidnas. Knuckles had his own comic series for a while that centered on these storylines.

The currently running Sonic the Hedgehog comic is published by IDW, but several staff that were involved in the making of the Archie Sonic comics now work on the IDW Sonic comic.

Sonic games on the Gameboy Advance 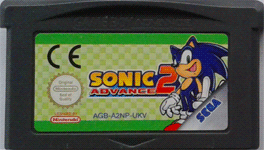 Sonic Battle is a fighting game spinoff that features Sonic and his friends as well as a new robot character, Emerl. Players progress through the story by winning a series of fights and collect fighting techniques that are used to customize Emerl's moveset.

The Egg Carrier Chao garden is still my favorite, followed by the Station Square Chao garden. Adventure fields were a lot of fun to muck around in, especially with Tails' flight ability.

I was really into the story at the time I played this, so Darkspeeds' SA2 comic was one of my favorite things. Out of the stages I enjoyed the treasure hunting ones the most. I also spent a lot of time in the Chao garden.

Check out my Chao garden page to see the Chao I'm currently raising!

The Adventures of Sonic the Hedgehog

A 1993 animated cartoon featuring Sonic and Tails in their fight against Robotnik. The series is slapstick comedy in the vein of classic cartoons and consists of 65 episodes.

Centers on Sonic fighting Robotik together with a group of his friends that call themselves the Freedom Fighter. They also prominently features in the Archie Sonic comics.

A musically based cartoon in which Sonic is a prince, and has a sister and brother named Sonia and Manik. Together they are on a fated quest to defeat Robotnik.

In this series Sonic and his friends (as well as Eggman) are sent to the human world due to the chaos emeralds interfering with one of Eggman's machines. This leads to complications as Sonic and Eggman each attempt to collect the seven chaos emeralds that have scattered all over the world. 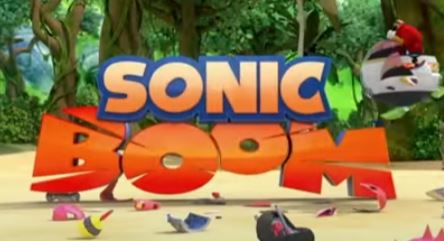 Sonic Boom is a 3D animated series that features redesigned versions of Sonic and his friends, along with new character Sticks the Badger. The plots are comedic in nature. However, Knuckles' lack of intelligence is often played uncomfortably hard, and there are some unkind jokes on the show. Don't watch if you can't look past these things.

http://www.soniczone0.com/
Provides commentary and strategies for each stage for the following titles: Sonic the Hedgehog (1-3), Sonic & Knuckles, Sonic CD